There is a mobile optimized version of this page, view AMP Version. 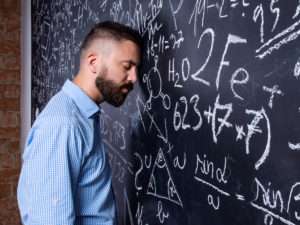 What is it that mortgage lenders don’t understand about self-employed earnings? They’re not all as complex as advisors seem to make them.

For permies, it’s different: they present their P60, bank statement and a few wage slips, and: Bingo!

As long as their salary covers what they want to borrow and they have a good credit score, their mortgage is in the bag.

But, take your accounts (or worse, your contract) to that same branch and what do you get?

You meet with a stony wall of silence, or indifference. A frozen glare blankets the advisor’s face, making them look even younger than they are…

…and you’re doomed! You know it. They know it. The rest of the branch staff know it as you take the walk of shame and rejection on your way to the door.

Yet we all still go through this application ritual, just to be polite.It’s bad enough that you’ve wasted so much of your time. But worse, you’ve accrued another credit search on your file to rub salt into your already open wounds. Left untreated, those wounds turn into scars that may take years to heal, if ever.

What’s going on at the High Street lenders?

With so many Britizens making their own way in the business world, you’d think banks’ attitudes would change. At branch level, I’m yet to see any sign to instil me with such confidence. Are you?

Right now, there is no government template to which banks work to assess affordability. Permie, contractor, sole trader, company director: everyone is in the hands of the bank’s own policy maker.

Responsible Lending guidelines and the subsequent Mortgage Market Review didn’t help, either. One of the single most highlighted products of the credit crunch was ‘the mortgage’.

If anything, heightened lending criteria tightened the noose. The self-cert was shelved, banks became self-serving and self-employment was rising. Talk about moving in opposite directions.

Perhaps at the highest level, there is a proposal going through the works. Are those ivory towers so distanced that lenders can’t see the rise and rise of the UK’s self-employed workforce? You’d hope not.

What it boils down to is this: staff at branch level work to that bank’s own models. Neat little scenarios, into which every applicant must fit. Somehow.

That way, when underwriters receive their application, they can approve the mortgage on the spot. Or not. And the absolute majority of those preordained notions revolve around a salary.

As a limited company director, you may well pay yourself a weekly or monthly wage. Stage One of the lender’s checklist ticked off, you’d think. But therein lies the beginning of your downfall.

The whole point of going the limited company contractor route is to optimise HMRC’s tax breaks for trading thus. The net effect of implementing those tax efficient measures is, you’ve guessed it, low salary.

Now can you see where I’m going with this? Okay; just in case you can’t, I’ll expand.

All in one boat, no paddle and up a well-known creek

Working in the industry as we do, we know the difference between freelancers and contractors. A sole trader is not the same as a partnership or limited company. And not all limited company owners/directors use accountants to cook prepare their books.

For anyone on the outside looking in–including branch-level staff–all the self-employed are in the same boat.

In the absence of a P60, it’s as if someone turned off the light that filled the room with glowing expectation. Present a six-month contract or a scant year’s accounts and your hope goes out the window. You can see it, right there, wafting away behind the advisor’s dream of a large commission.

What we need is for someone, just one person, at the bank to understand the nuances of self-employment.

That’s where I come in, because once upon a time, I was that forlorn soul. Stood there, amidst a sea of professionals who were earning and retaining more than they’d ever done. But no one could see the potential; no one would listen.

Specialist mortgage advisors – the clue is in the ‘special’ bit

If you’re a long-standing self-employed contractor with fully-documented accounts, you have options. You’ll have the security of experience which, in turn, lends itself to higher earnings.

In those circumstances, you may not need to lean on contract-based underwriting to get a mortgage. Providing your credit history is ship-shape, many lenders will grant you a self-employed mortgage.

True, the norm is to ask for two- to three-years’ accounts. But some lenders will consider your application on a self-employed basis based on a solitary year’s books. It doesn’t mean you can’t use your contract to secure a mortgage. You just don’t have to.

The problem is, not so many lenders advertise their self-employed products on the High Street. It’s much easier for them to have a specialist broker vet applicants before going through the motions.

This works on two counts; a specialist broker:

When being über tax efficient is a drawback

Don’t confuse self-employed mortgages with a contractor mortgage; they’re not the same.

No. There’s a unique problem that exists for those new to contracting. It’s perhaps most common to those who’ve began contracting within the last three years, or so.

They have no legacy self-cert mortgage to barter with, unlike homeowners prior to the credit crunch. If they do have accounts, they’ll show little in the way of history or take-home pay.

All the contractor has to convince a lender they’re good for a mortgage is their charm and a contract. As many advisors are too young to have developed a personality, you can forget the charm offensive.

That said, limited company directors who’ve drawn low salary and dividends for years face a similar issue. True, they’ll have assembled years of compliant accounts. But because of their tax-efficiency, all their accounts do is show a propensity for earning next to nothing.

If you were a mortgage advisor and someone approached you for a £500k mortgage on a £10k salary, what would you think? Exactly.

For both scenarios, we turn to something called ‘contract-based underwriting’. To cut a long story short, it’s involved me spending years on the wrong end of the steely glazes of underwriters. Yes, you can thank me later.

The result is that both my team and I now know what underwriters look for in a contract to get it approved. And to be fair, it’s not as complicated as you’d think.

Some lenders add pre-tax profits on top of the declared salary. This raises the bar of what a contractor can borrow by several notches.

Others see a high-paying six-month contract as no more risk than the salary of a hotshot permie who’s head-hunted twice a year.

Both workers have demonstrated expertise that encourages continuous employment. Both have the potential to earn more than they do at time of application.

In either case, there’s little chance of you meeting an in-branch advisor who has access to such mortgages. If they do, they’ll not understand how to package your application for the relevant underwriters.

“All underwriters are equal, but some are more equal than others…”

If you want a Snowball’s chance of getting a mortgage based on your self-employed status, see a specialist broker. They’ll know who best to turn for a swift solution and won’t make a pig’s ear of your application.

John Yerou is a pioneer of contractor mortgages and owner and founder of Freelancer Financials, Contractor Mortgages®, C&F Mortgages and Self Employed Mortgages, trading styles and brands of the award-winning Mortgage Quest Ltd.

REQUEST A CALL BACK